A World Oceans Day to remember

World Oceans Day is the busiest day of the year in the marine calendar offering ocean enthusiasts, organisations and Government a chance to shine a light on the wonders of our seas. This year, the Link Marine Group used the day to publish their new Ocean Recovery Manifesto and brought Ministers, MPs from a range of parties and stakeholders together to discuss how we can deliver this vision for restoring our seas by 2030.

The IPCCC oceans report highlighted that the ocean has absorbed over 90% of man-made heat and 30% of CO2. It also provides over half the oxygen we need to breathe so without a healthy ocean, not only do we risk worsening the climate crisis, we also risk damaging the very air we breathe. This is a real-life risk as our seas are suffering from multiple and increasing pressures. A long history of over-fishing has plundered our seas and a third of fish stocks still have catch limits above maximum sustainable yield. Marine Planning prioritises exploitation of our marine environment, rather than protection. Pollution continues to flood our seas, be it plastic pollution flowing from rivers to sea or chemical pollution harming sealife - including decimating orca populations.

There is however cause for ocean optimism. A recent scientific report found that with increased global ambition and efforts, our seas could be restored by 2050. It has been welcome to see the Government stepping up its international ocean ambition to achieve this by leading the Global Oceans Alliance to protect 30% of the ocean by 2030. To help Government stand up on the world stage though the Link Marine Group published its Ocean Recovery Manifesto on World Oceans Day to outline the steps Government can take to recover our domestic seas by 2030.

To launch this vision for our seas, Link and the Ocean Conservation All Party Parliamentary Group, hosted a webinar on World Oceans Day (June 8) to explore how we can ensure a blue recovery. The webinar prompted a great discussion, which, thanks to an incredible panel of speakers, 200 people joined.

Cherilyn Mackrory, MP for Truro and Falmouth and Vice Chair of the Ocean Conservation APPG, began the session with the ocean optimism we all needed stating ‘recovery is never easy, but necessary, and I believe entirely possible.’

Panelists from the Link Marine Group then introduced the following six key issues from the ocean recovery manifesto:

We were lucky to be joined by Richard Benyon, Chair of the much-anticipated independent Review into Highly Protected Marine Areas in England and Northern Ireland. Richard discussed the recommendations the panel had made in the final report, also published on World Oceans Day. The Marine Group welcome this review and the work of the panel who have included a number of recommendations made in Links joint response. We also supported Mr Benyon’s personal view that the Government should designate more than five pilot sites and we urge the Government to act on the Report’s recommendations without delay.

The meeting was concluded by Minister Rebecca Pow, Parliamentary Under Secretary of State at DEFRA. The Minister, a long-time ocean enthusiast herself, updated the meeting on the UK led 30by30 initiative to protect at least 30% of the planet’s ocean by 2030 and the Governments wider work to restore our seas. This included reaffirming the inclusion of our seas in the Environment Bill, saying that ocean recovery goals could be set under the target setting process—of course, without a specific duty to set an ocean goal this is not guaranteed, so we will continue to press for marine ecology to be included as a separate priority target area for the Bill.

All in all, it was a World Oceans Day to remember with lots of cause for ocean optimism. I now look forward to working with the Marine Group, Government and other stakeholders to take this ocean recovery work forward to protect our seas for people, nature and climate. 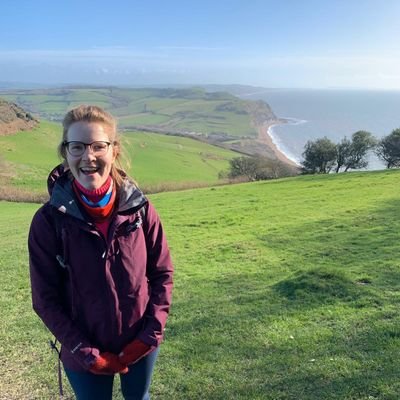