Ahead of COP26, Boris Johnson has recognised the flaws in our recycling system, now he must rapidly act to tackle the waste crisis

Following controversial comments by the Prime Minister that recycling "doesn't work" as a means to solve the climate crisis, Paula Chin, chair of Link's Resources and Waste Group, and Link's Policy Officer Matthew Dawson, write that he has correctly identified flaws in our recycling system, but now the Government must provide solutions to our waste and plastics problems which go beyond recycling.

The Prime Minister had a point when he claimed this week that it would be a “huge mistake” to think recycling is the answer to plastic pollution. While recycling has a role to play, we have tended to over-emphasise the importance of filling up our recycling bins, rather than reducing the amount of waste arising in the first instance.

The truth is that we cannot continue consuming plastic (or any other material for that matter) at current rates. The UN has reported that resource extraction and processing causes 90% of global biodiversity loss and water stress, as well as 50% of overall carbon emissions. The Environmental Audit Committee also recently highlighted the link between consumption in the industrialised world and biodiversity loss, concluding that “we must bring consumption to a sustainable level”.

Cutting resource consumption is the greater challenge, with our patterns of consumption designed around cheap and easily disposable goods. However, tackling resource use also represents the greater environmental prize, helping us live in harmony with what the planet can sustain.

Government policies do too little to reduce consumption

Part of the shock generated by the Prime Minister’s comments has been driven by the perceived disconnect between his current statement and his Government’s long-running policy programme for waste.

Underpinned by the Resources and Waste Strategy, waste policies currently under development have a strong focus on recycling, with little to no focus on driving systemic shifts to reduce resource consumption and incentivise reuse. For a key example take the proposed Extended Producer Responsibility (EPR) reforms, which aim to place the costs of disposing packaging waste onto those who manufacture it. Under EPR, fees paid by producers are to be designed so they vary depending on how well packaging can be recycled. While this is partly commendable, it’s notably not a system where fees are set to drive reduction or reuse.

Another big offender is the single use coffee cup, where government measures aim to see these recycled more widely. Yet there is no plan for actually reducing the colossal 2.5 billion cups which are placed on the UK market each year by food service providers.

In its recent Waste Prevention Programme the Government even accepted that “the law in some cases supports recycling over reuse”, noting the examples of the Waste Electrical and Electronic Equipment Regulations 2013 which state that while “preparation for reuse should be prioritised over recycling, there is only a target for recycling but not for reuse” and also “the Environmental Protection Act 1990, which contains a duty on local authorities to provide recycling and disposal services, but not reuse services.”

So, if the Prime Minister wants to tackle waste and marine litter through other means than recycling, what measures could he adopt? Here are three suggestions of policies that could be implemented quickly and effectively:

1. Move faster to ban the worst products. We are lagging behind the EU in banning the plastic products which have the worst impact. While action has been taken against straws, stirrers and cotton buds, which are part of an EU-wide directive that came into force on July 3rd, England has yet to ban plastic cutlery, plates or sticks attached to balloons, along with other tough-to-breakdown plastic food containers and packaging. A Government consultation on these items is promised but how much plastic will have entered the environment while the Government drags its feet?

2. Reduce demand for new products and support repairs. The government should be looking at how high-waste sectors can be prevented from putting so many items on the market each year. Fashion (textile waste of 921,000 tonnes per year), electronics (1.5 million tonnes of annual waste) and furniture (670,000 tonnes of annual waste) are all sectors where explicit targets and action to reduce new purchases could help spur a renaissance in repairing and remanufacturing. To take one example, studies have found that across the EU, extending the lifespan of smartphones and other electronics by just one year would save as much carbon emissions as taking 2 million cars off the roads annually. (It is also worth noting that a reused iPhone retains around 48% of its original value, but just 0.24% as recycled material). Yet the UK’s tax system disincentives repairs, placing 20% VAT on repair services.

3. Invest in reusable packaging systems. We’re already seeing businesses adopting reusable packaging, with Just Eat, for example, trialling it for selected takeaways in London. Across the country, reusable packaging could transform high-waste sectors such as groceries, e-commerce, takeaways and restaurants. Some of the £2.7bn which will be raised annually from EPR should go towards supporting start-up costs for businesses championing reuse, for example the initial outlay for purchasing reusable containers. It could also mean supporting reuse innovation such as improved reusable container design, technology to track the use of containers or more effective communications to drive changes in consumer behaviour.

Recycling has a role to play in our waste system and at present it’s certainly preferable than sending items to landfill or incineration. However, moving forward, the climate and biodiversity crisis necessitate grasping the nettle and addressing the root causes driving our high consumption, high waste economy. The Prime Minister has rightly identified the problem, with COP26 beginning shortly now is the time to deliver the solutions.

Paula Chin is the Chair of the Link Waste and Resources Group, Matthew Dawson is the Resources and Waste Policy Officer at Link. 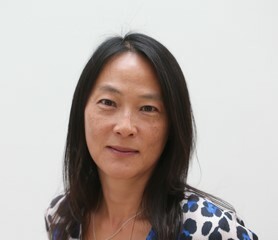 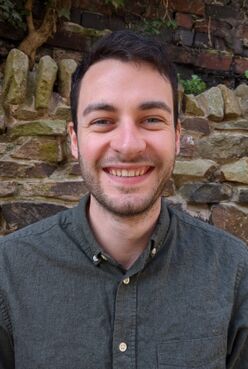