Dawn Varley, Acting CEO at Badger Trust, discusses the next phase of the bovine TB strategy, what this means for badgers, and what action is needed to truly benefit both cattle and badgers in tackling bovine TB.

The next phase of the bovine TB strategy was announced by Government on Thursday 27th May. Wildlife and Countryside Link's response to the announcement can be found here.

Last week the Government set out the next steps in its plans to eradicate bovine tuberculosis (bTB), an infectious disease of cattle, working towards its ultimate aim of making England ‘bTB free’ by 2038. bTB is a highly contagious and deadly disease caused by the bacteria Mycobacterium bovis (M. bovis). It forms in the lymph nodes of affected animals and causes symptoms such as coughing, fever, weight loss, diarrhoea, and eventually death. While highly contagious, the slow rate of onset means the disease can go unnoticed for months and even years while it spreads rapidly to other members of the herd.

Since 2013, the Government has been culling badgers as a major part of its bTB eradication strategy. The announcement last week, which followed a public consultation, focused on three main new elements in its policy:

Whilst appearing to be good news for badgers, of which over 140,000 have been killed to date under cull licences issued since 2013, in reality the announcement changes little in the short to medium term. To understand this a more detailed look is required at the three points given:

1 - Vaccinations. This point covers two very different matters, the vaccination of badgers, and the vaccination of cattle. The announcement made much of a £2.27m, 5 year trial scheme to focus on badger vaccination in East Sussex, which is due to inform later plans to roll out badger vaccinations - thereby working to ‘halt the culling of this protected species’. We believe this represents an unnecessary 5 year delay to any meaningful and dedicated scaling up of the badger vaccination projects already well underway in England, such as the projects in Derbyshire and Cornwall. It’s an opportunity missed.

On the matter of vaccination of cattle, we believe this is the area the Government should be focusing on for most impact on the shortest timescale. If the coronavirus pandemic has taught us anything, it should be that controlling a respiratory disease requires excellent biosecurity in the short-term, and a vaccine for the species infected in the long-term. It’s the same with bTB and cattle. The current skin test for bTB is not fit for purpose, nor is the lack of focus on and measures to control cattle-to-cattle transmission between and within cattle herds. Badgers may carry and transfer bTB, but they have never been, and will never be, a significant reservoir or transmitter of it. The vast majority of infections spread from cow-to-cow.

2 - Intensive licenses to ‘end after 2022’ after a ‘significant reduction’ in the disease. This does not mean badger intensive culling will end next year. Intensive licences will continue to be issued to 2022, these are issued for 4 years, and so will run to 202, in parallel with those already existing with term to run. Badger Trust predicts that a further 140,000 badgers are likely to be killed between 2021 to 2025, on top of the 140,000 badgers already lost to culling. Recent estimates put the badger population in England and Wales at 485,000, so a loss of 280,000 (58%) in England raises serious questions about the viability of the population, and in particular raises serious concerns about local extinction.

In Cornwall and Devon, areas where there are multiple licences in operation, over 80% of the county is subject to cull activity. We are at serious risk of losing badgers from our landscape, despite them being present since the Ice Age. The threat is so real that Badger Trust, with Born Free Foundation and EuroGroup for Animals, has an active complaint against the Government for breaching the Bern Convention. Further evidence on this will be submitted in July, for consideration in September by the Secretariat.

3 - ‘New schemes launched to roll out vaccination across the country’. This third point is in fact an extension of the first, and as set out above it’s little to get excited about. A 5 year pilot, in an area of the country with relatively low cattle density (remember, cattle are the animal of concern here), will likely take us no further forward on badger vaccination in the 5 years it will run. Better to look at and learn lessons from the work already being done in other areas of the country, and incorporate that into more meaningful, and much faster, projects in the short term. The Government is tinkering around the edges and looking busy, whilst opportunities to benefit both badger and cattle are missed.

It should go without saying that the Government announcement left members of the Link bTB Working Group underwhelmed. Whilst the announcement marks a change in policy, and a longer-term shift in direction away from intensive culling, in reality it changes little for the estimated 140,000 badgers still due to be killed in an attempt to control bTB, using lethal badger control methods, which has done little to significantly reduced cattle infection numbers.

And that reality starts again now, as 1st June marks the start of licences for killing badgers in 20 of the 54 areas concerned. The 2021 cull is underway, with at least 5 more years to go. So, last week’s plans are bad news for badgers, with less than half the estimated population of badgers in England set to survive after the end of the cull. This is an unprecedented, unpalatable and unnecessary reduction of a protected animal species, which must be rethought. 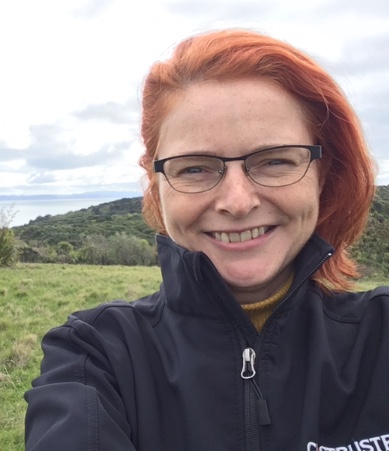