As the Agriculture Bill returns to the House of Commons today, a furore has erupted over future trade deals and policies, and the place of our environment, animal welfare and food safety standards in those.

We have supported various amendments to the Agriculture Bill that would safeguard our standards, and specifically briefed in support of an amendment from Neil Parish MP, chair of the Environment Food and Rural Affairs committee. Under attack for standing behind UK standards, Mr Parish mounted a robust defence of his amendment yesterday, and has continued to do so on Twitter. More power to his elbow, and I hope he succeeds this afternoon.

To support this effort, we have written to all MPs with many partners in farming, environment and animal welfare organisations, to make the case that imports of food into the UK should meet our standards. We and many others remain strongly supportive of the Agriculture Bill in the round – it is a genuinely landmark bill, and contains vital provisions for nature and the environment. But we feel strongly that it needs to be amended to reflect the Conservative manifesto commitment that in “…all of our trade negotiations, we will not compromise on our high environmental protection, animal welfare and food standards”.

Some dismiss such moves as ‘protectionist’. Or as against ‘WTO rules’. These suggestions are rooted in a worldview that sees the living planet we all depend upon as some sort of inconvenience. They dismiss the values that lead to such widespread public support for high animal welfare standards as irrelevant – apparently, if it’s not quantified by impenetrable acronyms, it doesn’t count.

And yet, I am not sure what is wrong with seeking to protect what matters to us most – our food, our animals, our water and our wildlife. For international policy wonks, some of these might be technically more or less ‘trade sensitive’, but it is undeniable that how we produce, consume and trade food around the world has a huge impact on the environment, and the conditions that farmed animals live in. If it is protectionist to recognise that our values matter, and that we don’t want to relinquish control over what we eat, what we feed to our families and its impact on nature, then I’m fine with that.

What bugs me most about some of these claims though is that they are often disingenuous claptrap. Take ‘WTO rules’ for example. They are often wheeled out, as if the WTO – or World Trade Organisation – was a fully functioning, independent body that policed what its members can or cannot do. It is not, and never has been. The WTO Secretariat arbitrates between members, but it is up to members to challenge and police one another, in what is a highly political process. And that arbitration mechanism itself has fallen apart, as the US administration has refused to sign off on appointments to the Appellate Body, effectively mothballing the most senior ‘referee’ overseeing global trade.

It also ignores the fact that Free Trade Agreements operate largely outside the WTO framework, and can therefore include a whole range of provisions to safeguard environmental and animal welfare standards, as long as the parties agree. And should the WTO get back to full strength, we know that maintaining standards is perfectly compatible with WTO rules, as this excellent blog from Sustain illustrates.

So generally, what you will find when people wheel out impenetrable reasons as to why we can’t maintain our standards under future trade policy, is that they just don’t see them as that important. At the more malign end of the spectrum, some will want to use this moment as an opportunity to deregulate, and strip away environmental protections. If UK farmers are thrown under the bus in the process, so be it. It is why some people are so upset with Mr Parish and his supporters – his amendment threatens to derail their project, and strip away the thin veneer of credibility that they have sought to construct around it.

Rather than engage in a race to the bottom, hidden behind the opacity of secretive trade negotiations, we now have an opportunity to articulate a genuinely progressive, ‘Made in Britain’ trade policy. This should seek to support, not undermine sustainable farming, and put societal concerns and values such as climate change, biodiversity and animal welfare front and centre in how and why the UK seeks to engage with prospective trading partners. With the genesis of the Covid-19 pandemic being in the interaction between animals kept in unsanitary conditions and wildlife trafficked from degraded ecosystems, a high standards trade policy has to be part of how we recover from this crisis.

So, what MPs do this afternoon matters. A strong showing for Mr Parish’s amendment, and those from others such as the Labour frontbench, will send a strong signal to Government that how we trade the food that we eat is an issue that matters to all of us. We’re confident that this will come to a head sooner or later, so the Government should grasp the nettle now, concede that this is an issue that is not going away, and bring forward an amendment to address the concerns that so many MPs and their constituents have raised. 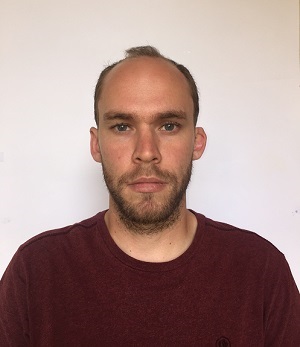