The importance of species’ status data in developing strategies and plans

When an expert volunteer is walking through a sunny meadow recording butterflies or searching by torchlight for newts, it can seem a long way from the negotiating halls of Convention on Biological Diversity meetings or from civil servants drafting new legislation.

But trends in species’ abundance, distribution or extinction risk, derived from monitoring and recording schemes, have wide influence in developing and monitoring environmental strategies, agreements and legislation.

Individual species status assessments underpin the lists of priority species within each of the four UK countries. For example, the Environment (Wales) Act 2016 gives Welsh ministers the responsibility ‘maintain and enhance’ species on the Section 7 list. However, many uses of species’ status information come from creating composite measures giving an overview of the status of a taxonomic group, habitat type or of species in general.

Using species’ status data to create clear high-level metrics of the state of biodiversity in the UK is fundamental to the State of Nature report series. The latest report, published in 2019 found 15% of species assessed at risk of extinction from Great Britain and declines in both average species’ abundance and distribution.

The metrics published in the State of Nature reports are influencing the ways in which the UK and devolved governments are assessing the health of the environment. Members of the State of Nature partnership developed the Priority Species Indicator, which has since been incorporated into the UK Biodiversity Indicators and was used to help assess the UK’s progress towards the Aichi targets (report here). A similar indicator for priority species (D6) and an indicator for species in general (D4) are being developed in England to support the 25-year Environment Plan and such indicators will be used to underpin and frame the ambitions of the forthcoming Environment Bill. Scotland is also developing a species indicator, anticipated to be one of eight indicators measuring progress in the National Outcome for the Environment, part of their National Performance Network.

There is much we could do to improve the species’ status data we have, whether this is improving recording for poorly studied groups, conducting repeat national red list assessments, or improving risk and trend analyses nationally or strengthening the application of wildlife information within the planning system. Nevertheless, they are a rich resource that we should work to maintain and strengthen and to celebrate the tens of thousands of people contributing to species monitoring and recording schemes and the wider National Biodiversity Network. We should also work to improve how we measure nature and continue to work as a partnership to ensure that this vital information is used to its full capacity. 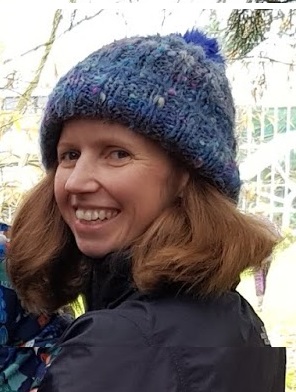