A legacy of environmental damage caused by over-abstraction from rivers and aquifers is being addressed. Blueprint and the companies will work to support the principles and deliver obligations enshrined in the Water Framework Directive.

The water industry in England and Wales invests around £1 billion per year on behalf of its customers specifically to protect and improve the environment. Since 1992 around 10,000 miles of our rivers have been improved and twice as many of our beaches are now classed as excellent. A legacy of environmental damage caused by over-abstraction from rivers and aquifers is being addressed.

The water sector has led the way in delivering the measures needed to get our water into good ecological status as required by the Water Framework Directive, often in partnership with environmental organisations. There is still much to do however and progress is increasingly being limited by lack of effective action from other sectors such as agriculture. The companies have also invested to improve the biodiversity value of the estates and the resilience of the catchments in which they operate. “Upstream thinking” is becoming mainstream thinking as regards catchment solutions. We are no longer the “dirty man” of Europe when it comes to water.

These achievements are significant and should not be taken lightly. But they have largely come about because of European environmental law. The Water Framework Directive, the Urban Wastewater Treatment Directive and the Bathing Waters Directive have driven most of the investment made that has protected and improved our waters. As we leave the EU these fantastic achievements could be put at risk through:

- Failure to maintain and improve on existing environmental regulatory standards;
- Failure to transpose and uphold key environmental principles such as the polluter pays principle, precautionary principle and the no deterioration principle; and
- Failure to establish an independent watchdog that can hold the government to account.

The government, with encouragement from both water companies and environmental groups, has recognised these risks and is responding. The European Union (Withdrawal) Act 2018 will mean that the aquis of current European law is transposed across and will continue to apply in the UK after 29th March 2019. Government commitments in the 25 Year Plan for the Environment and a new Environment Bill back up Ministerial statements of intent around leaving the environment in a better state. We look to the new Environment Bill to set out:

- A commitment to delivering on ambitious and measurable goals for the environment;
- Strong principles to underpin fair and far sighted decision making; and
- Plans for a new independent environment watchdog….one with teeth.

The situation is very fluid, there is still a lot at stake and a lot in play over the next year and beyond. But it is really heartening that representatives of the water sector and the environmental sector have committed to work together to ensure that the achievements made to date are not lost but are built upon. 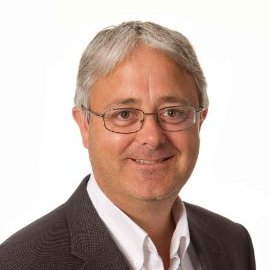