Sturgeons are one of the most threatened group of animals in the world. They have already disappeared from our shores and are at risk of extinction in Europe due to pollution, damming and over-fishing. But protecting, and enhancing the use of, our water protection laws could bring these creatures back from the brink and perhaps even back to the UK.

Sturgeons may not be the most attractive of fish but they are amazing creatures. They are the largest freshwater fish in the world reaching up to 1000kg, and they have outlived the dinosaurs and are older than the Alps, evolving over 200 million years ago. Yet despite this epic survival story, and the fact that sturgeon used to be common in the Severn, Humber and Thames rivers, the sturgeon were wiped out in the UK in the last century.

Thanks to pollution, damming and over-fishing they are now also at the brink of extinction in much of the rest of Europe. A staggering 21 out of 27 species of sturgeon are critically endangered or presumed extinct. This makes sturgeons one of the most threatened group of animals in the world.

Most sturgeons live in the sea and perform migration marathons to spawn in rivers. Yet dams are making these mammoth migrations impossible to achieve. Beluga sturgeons used to travel 2500 km to spawn along the Danube and the Volga, but their journeys have been slashed by two-thirds in recent years to 863 km by impassible dams like the Iron Gates complex. These animals have also been pushed to the edge of extinction in the last 50 years by intensive over-fishing, pollution, and other habitat changes.

The sturgeon’s complex life cycle, spawning habits, and susceptibility to pollution, make this fish ideally suited as an indicator for monitoring the environmental health and connectivity of our waters. If waters aren’t in good health – neither will sturgeon populations be. With only 14% of rivers in England classed as healthy, it is therefore perhaps no shock that the sturgeon has disappeared here.

But the disappearance of this major species from UK waters is just the tip of the iceberg, many other staple UK fish species are also suffering.

The European eel has declined by 90 - 95% across its range since the 1980’s and is now classed as critically endangered by the IUCN; this fish is more in peril than the Tiger and Giant panda. Again, a combination of barriers, pollution, disease and over exploitation (both legal and illegal) are to blame.

The Atlantic salmon is not fairing much better and is also under significant pressure. Its complex, anadromous lifecycle means that it has to deal with a range of impacts as it moves from freshwater to the sea and back again. Although it is difficult to get accurate counts the Atlantic Salmon Trust estimate that for every 100 salmon that leave our rivers for the sea, less than five return – a decline of nearly 70% in just 25 years.

That’s why it is so vital that our waters are improved: that pollution is reduced; natural habitats are restored; and river developments, in particular dams, are made to take nature’s needs into account. None of this is possible without strong water laws. We have these, for the moment, in the form of the Water Framework Directive in the EU. But our government is neither enforcing these laws effectively nor defending them from a huge threat.

There are proposals on the EU Commission’s table to massively weaken these crucial water protection laws, and these watered down water laws will be passed on to the UK – even after Brexit. This would mean more pollution, more over-development, and more over-fishing which would be disastrous for our struggling water-based wildlife.

But there is a way to stop this. If we get enough signatures to say NO to weaker water laws, the EU Commission must listen. You can help us to save the sturgeon in Europe and perhaps even bring this iconic species back to our shores with a few simple clicks here.

Paul Coulson, Director of Operations at the Institute of Fisheries Management.
Follow Paul and IFM on Twitter at: @IFMFish 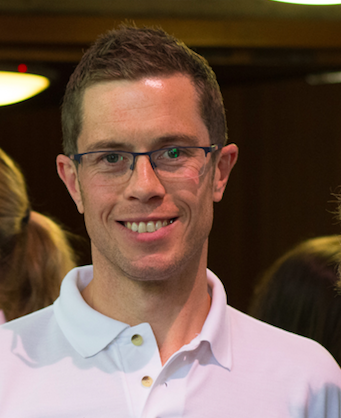