Thanks for the rejection - no, really!

Jonathan Greenslade talks about the challenges of job-hunting in the environment sector, particularly in an unemployment crisis, and what employers can do to help those who want to work for them

“I never thought I’d hear myself say those words: I want to receive a rejection email… Because at least then I know” (The Times, 17th September). In these unusual days, words like these resonate with a lot of young people. But what does it mean for the environment sector?

2020 will definitely be remembered as being the year of a global pandemic… but hopefully it will also be remembered as a year of change too. From legislation to markets to public awareness, sweeping, overdue changes are finally beginning to turn the tide. Even looming elections are feeling the pressure.

This global pressure should be credited to environmental organisations, but Attenborough also attributes a lot of this to today’s youth who have pushed the current environmental movement. Better educated and more inspired than ever, they are his source of hope.

“Young people entering the job market are more highly trained than ever, and they tend to have a lot of experience as well” says EJ Milner-Gulland, a Professor of Biodiversity at the University of Oxford.

If given a chance, they might just bring the energy, perspective and skills you’ve been looking for.

Young talent. A renewable, organic, home-grown resource. But left unnurtured, it’s being lost to other sectors. Many organisations fail even to notify applicants of their rejection, resulting in more candidates throwing in the towel.

The days of knocking on a CEO’s door with a bamboozling new idea to secure a job are well behind us. But good HR practices, such as responding to applicants and encouraging them wherever possible, don’t have to be outdated. Replying makes a massive difference to people applying for jobs. Especially when young people are being hit hardest by the rising unemployment and securing a job can seem less likely than finding a newt at a building site!

My application to Wildlife & Countryside Link

When I applied to Link, it was almost the fiftieth environmental organisation I’d applied to, and my first interview in seven months. I have a recent master’s with distinction from Imperial College London’s Ecology, Evolution and Conservation course and a strong CV with a breadth of experience; including in 2019 being privileged to join an expedition to Fiji with WWF and ZSL to conduct the first full survey of the Great Sea Reef. I was over the moon to be given an interview.

Against 250 applicants and 10 interviewees, Richard Benwell (who fielded a genuinely interesting interview) told me that I was really close, but proven experience had narrowly won the position for another candidate. Not quite what I was hoping for. That said, he gave me plenty of positive feedback and provided me with the opportunity to write this blog for you. Other organisations that have kept me well informed include WWF and RSPB.

What can be done?

If you can, keep candidates in the loop and ideally, tell them if they were close. Spending days fine-tuning a cover letter is worth it if you feel like it was at least read. If years of specific experience aren’t necessary, consider whether a graduate could bring something new to your team. We don’t need an advantage, we just need one chance.

While students are investing tens of thousands of pounds to learn the latest skills required to complement the environment sector, the proportion of junior job vacancies to senior ones has decreased. Try reviewing your organisation’s demographic and think about whether it’s sustainable. These are indeed difficult times and this decade holds big environmental challenges. But NASA didn’t rise to their Apollo 11 challenge by hiring just senior talent, they did it with youth (the average age being just 26).

Even though a rejection letter is greatly received, a job offer is even better. So if there’s a chance you might know of an opportunity, I’d be delighted to hear from you! 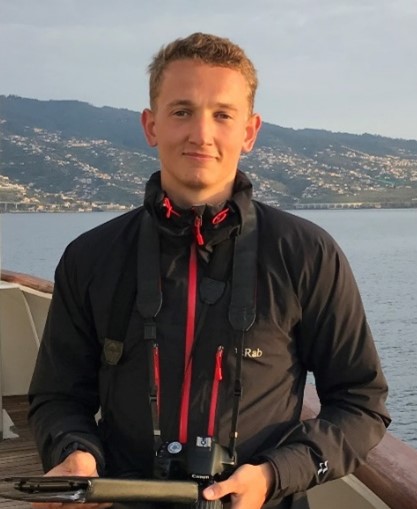