As governments, scientists and NGOs from around the world prepare for the 67th meeting of the International Whaling Commission in Brazil, Juliet Phillips, Oceans Campaigner at the Environmental Investigation Agency, explores why commercial whaling must stay well and truly in the past.

As governments, scientists and NGOs from around the world prepare for the 67th meeting of the International Whaling Commission in Brazil, Juliet Phillips, Oceans Campaigner at the Environmental Investigation Agency, explores why commercial whaling must stay well and truly in the past.

During the 20th century, 2.9 million whales were killed by the commercial whaling industry – likely the single largest removal of any animal in terms of total biomass in human history. Population after population was devastated, with sperm whale numbers reduced to less than a third and blue whales by up to 90%.

As global pressure to end the slaughter mounted, the International Whaling Commission (IWC) agreed a moratorium on commercial whaling from 1986 – a ban which undoubtedly saved many whale species from extinction.

Despite the vast majority of the world firmly consigning commercial whaling to the history books, nearly 40,000 whales have been killed since the ban came into effect. Japan, Norway and Iceland continue commercial hunts, selling and trading whale meat and other products. Iceland and Norway have lodged reservations to the moratorium, while Japan conducts commercial hunting under the guise of ‘scientific research’, despite a 2014 ruling by the International Court of Justice that its long-standing Antarctic programme was ‘not for purposes of scientific research’.

Commercial whaling serves no nutritional or economic purpose. Whale meat is not widely consumed in any of the three countries, despite government-backed marketing campaigns. Last year, just 1% of Icelanders said they ate whale meat regularly and 82% claimed to have never eaten it at all. In Japan, average consumption of whale meat was just 30g per person in 2015. Meanwhile, demand in Norway is so low that 60 tonnes of whale meat had to be given away in 2017 due to poor sales.

As appetite for whale meat dries up and the quest to turn a profit grows increasingly desperate, the countries have looked to the animal feed market. In 2016, more than 113 tonnes of dumped whale products from Norway’s hunt were used as food for animals raised for the fur trade and in 2013 the dried flesh of endangered fin whales from Iceland was briefly touted as pet treats for pampered dogs in Japan.

The Japanese and Norwegian governments prop up their archaic whaling industries through subsidies and (unsuccessful) attempts to boost demand for whale products, while Iceland’s fin whale hunt is able to continue only through the whaling company’s profits from indirect shareholdings held in other corporations.

As well as serving no nutritional or economic purpose, commercial whaling is unsustainable. It poses an additional and unnecessary layer of risk to whale populations which are facing an increasing number of threats from other human activities, such as climate change, bycatch and loss of key prey species.

For example, Antarctic minke whales targeted by Japan are particularly exposed to the impacts of climate change. The fast recession of sea ice is rapidly altering their marine habitat and rising sea temperatures are depleting the krill populations which underpin the Antarctic food chain and are therefore crucial to minke whale survival in this area.

Depleted minke populations off Japan, South Korea and China are gravely affected by bycatch – the lethal capture of non-target species during fishing, both accidental and intentional. With the added impact of ‘scientific’ whaling in this area, populations could reduce by up to 20% by 2030.

With the health of the world’s oceans under grave and growing threats from human activities, there is clearly no way to estimate ‘sustainable’ catch limits for commercial whaling.

The case for a permanent ban on commercial whaling is further strengthened by the role whales play as ‘ecosystem engineers’. Scientific research demonstrates that whales enhance marine ecosystems: they facilitate the transport of nutrients in the ocean and provide massive pulses of organic enrichment to the sea floor when they die.

To coincide with the IWC’s 67th meeting, in Brazil next month, EIA and the Animal Welfare Institute have published a new report on commercial whaling. With Japan proposing to resume commercial whaling, it is imperative that the IWC reaffirms its support for the whaling moratorium, which remains critical for the world’s great whales to continue their slow but steady recovery from the dark and bloody days of industrial whaling – and to help these magnificent creatures face the fresh challenges of survival in the 21st century. 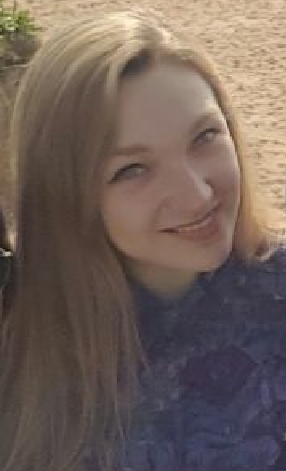