Government should go beyond nutrient neutrality

The word “nutrient” is usually associated with positivity – health and wholesomeness. But in the context of our rivers and streams, excessive nutrients are deadly to wildlife. High concentrations of nitrates and phosphates can lead to algal blooms and a process known as “eutrophication”, which starves the water of oxygen and suffocates wildlife.

That’s why, under the EU-derived Habitats Regulations, regulators are obliged to take action if new developments would add to nutrient pollution and cause harm to sensitive wildlife sites.

Last week, Natural England issued “nutrient neutrality” advice to 42 local authorities. The advice presses pause on house-building unless a developer can demonstrate that plans would mitigate any additional pollution.

This action by Natural England has come in for criticism, adding to previous challenges to nutrient neutrality requirement, but it was completely justified and proportionate with the law and ecological need.

However, the Government is now considering changes to the law. Alongside its new Nature Recovery Green Paper, the Government has been reviewing the Habitats Regulations Assessment process, which may include changes to the way “plans and projects” are defined, and give more discretion to individual decision-makers to assess whether land use changes would be harmful to a protected site.

DEFRA should not bow to pressure to change the definition of plans, projects, or significant harm in such a way as to allow development to proceed without robust requirements to tackle additional pollution load.

On the contrary, the Government should strengthen the legal requirements for developers to contribute to solving the water pollution problem.

Natural England’s nutrient neutrality does not go far enough. Merely mitigating the effects of additional housebuilding will not help to fix the parlous state of our freshwater environment. In some catchments, the land is so saturated with phosphates for example, that the problem of pollution will continue to grow even if all additional pollution is stopped.

In such pollution hotspots, housing developers should be required to demonstrate “nutrient negativity” before being given planning consent.

This would follow the model of biodiversity net gain in the Environment Act 2021, where planning consent is conditional on showing that more habitat will be created than is lost to development. That policy did not go far enough (10% is too low, monitoring may be too lax, and the habitat should be protected in perpetuity), but it does provide a helpful precedent that the development sector should contribute to solving the environmental problems it has contributed to.

In this case, a nutrient negativity requirement should be established in law, requiring a developer to demonstrate that they have more than compensated for any additional pollution load before planning consent is granted.

Of course, stopping development is a blunt instrument for preventing water pollution. The causes of most nutrient pollution derive from wastewater and from farming and coherent regulation, enforcement and incentives are needed across all responsible sectors to solve the problem.

Rather than halt housing, it would have been better if the Government had taken early action to reward farmers for improvements, uphold the Farming Rules for Water, and enforce water company obligations to stop sewage pollution. But investment in sustainable farming, in sewage treatment infrastructure, and in nature-based solutions has been slow to be delivered.

Crucially, any proposal for nutrient trading now must be part of an integrated strategy to deal with nutrient problems. Without this front and centre, there is the risk that nutrient trading follows Biodiversity Net Gain in being seen as an answer in itself. Damage should be avoided and minimised as a priority, and a better approach to catchment planning is needed to ensure that thresholds for damage are avoided.

The next step, alongside nutrient negativity requirements for developers, should be to reinforce catchment planning and set strict nutrient budgets in law at the catchment level, as recommended by the Environmental Audit Committee. These would establish clear ceilings on nutrient pollution from all sources, and limit land use change and choices until the whole catchment is within budget.

Taken together, nutrient negativity for developers, and wider nutrient budgeting across catchments, would show once and for all that the Government is serious about water pollution, and help head off future delays to development before they arise.

Nutrient negativity today is crucial for creating a nature positive economy for the future.

Richard Benwell is CEO at Wildlife and Countryside Link. 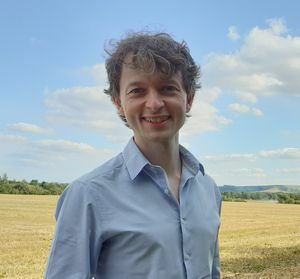